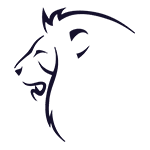 Self-defense can be a valid defense for certain violent crimes in certain circumstances in California. Successfully arguing that you acted in response to a threat posed to you or others can release you from liability for the crime you are charged with.

In California, like in other states, you have the right to defend yourself and others from harm and that may require a reaction that would otherwise be against the law.

However, the self-defense argument is one that the prosecution will likely be ready for. There are fine lines between acting in self-defense and using illegal force. The argument can be challenging to prove.

Therefore, we must fully understand the language of the relevant California self-defense laws and see how it may apply to individual cases.

How is self-defense defined in California?

Self-defense is when an individual uses force or violence against another person to protect against imminent harm or danger to oneself or another person.

This is known as an “affirmative defense” whereby the suspect admits to engaging in violent behavior (and breaking the law) but for a valid reason. Essentially, by arguing self-defense, we ask the court to excuse the behavior because it was necessary to avoid harm to oneself, one’s property or another individual.

Often, we can use the self-defense argument in assault or battery cases and even in some of the most serious violent crimes, including manslaughter and murder.

The California Penal Code does not include anything about an individual’s right to act in self-defense.

This right is established by the state’s jury instructions, which permit a defendant to assert the defense in a criminal matter if certain requirements are met.

After a criminal trial, when the jury considers the evidence and testimony presented, it has the power to find that the use of violence was acceptable to repel an imminent danger and the defendant can then be found not guilty.

For this outcome, the defense will need to prove the following three elements:

California’s self-defense laws use specific language that can be interpreted in different ways.

Because, ultimately, a finding of self-defense comes down to an interpretation of the reason for violence to have occurred, rather than disputing whether the violence occurred, we must have a clear understanding of the precise language used in the state’s jury instructions.

Danger may be considered “imminent” only when it is an immediate or present threat. In other words, you cannot use the self-defense argument unless the fear of harm is right now.

If someone points a gun at you and threatens to shoot, for instance, you are entitled to defend yourself—but if he or she simply informs you that they have a gun, the use of violence may not be justified.

This is important because it is the perception that a threat exists that matters—even if that perception turns out to be wrong.

As long as the perception of a threat of harm is reasonable and honest, the self-defense argument may be used providing you also satisfy the other elements of self-defense.

When deliberating, the jury will need to consider what a reasonable person would have believed under similar circumstances.

To be successful with a self-defense argument, you also need to prove that you used only the level of force necessary to stop the perceived threat of harm.

If somebody is shoved by another individual during an altercation, using a knife to stab that individual could not be argued as a “reasonable” act as it is not proportional to the perceived threat.

Is deadly force ever justified?

If you reasonably believe that your life is in imminent danger or there is a reasonable threat of serious injury, a response that ends up in the death of the assailant could be justified.

As long as the response is proportional to the perceived threat, almost any response is justified in self-defense arguments.

For instance, if you reasonably believed that you would be imminently raped, murdered, or robbed, the use of deadly force may be justified.

Can the initial aggressor claim self-defense?

In some situations, a person responsible for starting the violence may be able to argue self-defense. Usually, the aggressor must have made it clear that they wanted to stop the violence and attempted to do so.

For instance, if you started a fistfight but it escalates and you face the use of deadly force, you can make efforts to stop the fight which, if ignored., may entitle you to act in self-defense with a proportional response.

Coming to the defense of others and property in California

California’s self-defense laws extend beyond defending a threat to your safety. You may also be justified in using reasonable force to repel a threat to your property or someone else (defense of others).

To successfully argue the defense of others in a criminal case, we will need to prove the following:

To successfully use this defense to defend property, we will need to prove the following:

The so-called “Castle Doctrine” applies to the defense of one’s home and states that there is no duty to retreat if a resident confronts an intruder inside his/her home.

Moreover, the resident has the right to use deadly force in self-defense inside his/her home when someone uses force to break in because a reasonable fear of imminent harm is presumed in such cases.

If you’re based in the Monterey area and need help with any aspect of a criminal case involving self-defense, contact Giuliano Law at (831)293-1329 for an initial consultation. Speak With An Experianced Attorney